Homes
are like the set
of a movie based
on the life
of each of us,
an Interior Designer
should work as
a set designer
for this movie. 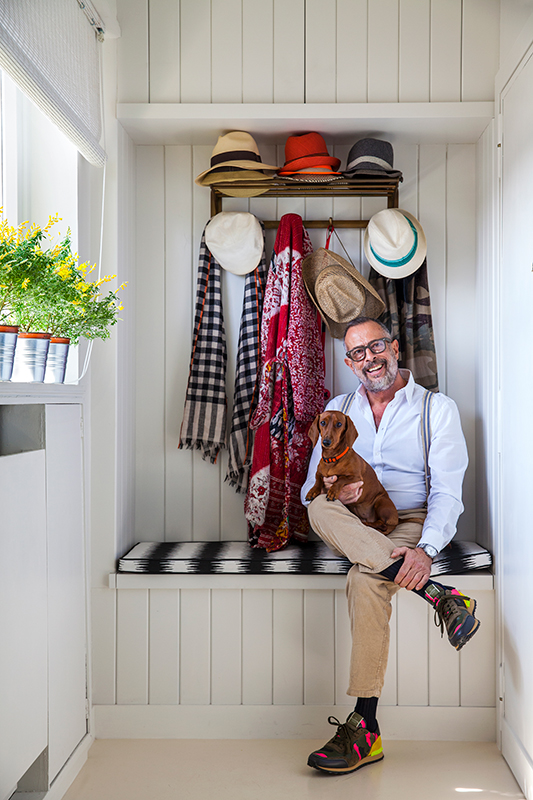 Tommaso Ziffer followed his family traditions in fashion and design, his grandmother Carlotta Botti was in fact the owner of the famous “Sorelle Botti” Fashion House which was very well known in Rome between the 40s and 60s, and famous for dressing the roman nobility and actresses such as Anna Magnani.
After graduating in architecture in 1983 he worked alongside his mother, Angela Saratti Ziffer, a very well known interior designer.

During the 90s he began his collaboration with fashion designer Valentino, for which he designed many shops in Italy and worldwide (Gstaad, Munich, Monte Carlo, Venice, Geneva, Bari, London, Zurich, Milan).

In 2000 he signed the interior design project for the first luxury design hotel of the italian capital, the famous “Hotel de Russie” for the Rocco Forte hotel chain, that was mentioned among the trendiest hotel by the Time Magazine.

In 2007 he signed the project of the interior design, of 5-star luxury hotel “Hotel de Rome” in Berlin, which quickly became the main point of reference in the german capital for actors and celebrities and one of the trendiest hotels in Berlin.

Ziffer, who lives between Rome and Paris, continues to work actively both in Italy and abroad, on projects for both private and public clients.
He characterizes his work with a remarkable eclecticism based on a harmonic use of color and a mix of shapes and styles that characterize it.

This website uses cookies to improve your experience while you navigate through the website. Out of these, the cookies that are categorized as necessary are stored on your browser as they are essential for the working of basic functionalities of the website. We also use third-party cookies that help us analyze and understand how you use this website. These cookies will be stored in your browser only with your consent. You also have the option to opt-out of these cookies. But opting out of some of these cookies may affect your browsing experience.
Necessary Always Enabled
Necessary cookies are absolutely essential for the website to function properly. These cookies ensure basic functionalities and security features of the website, anonymously.
Functional
Functional cookies help to perform certain functionalities like sharing the content of the website on social media platforms, collect feedbacks, and other third-party features.
Performance
Performance cookies are used to understand and analyze the key performance indexes of the website which helps in delivering a better user experience for the visitors.
Analytics
Analytical cookies are used to understand how visitors interact with the website. These cookies help provide information on metrics the number of visitors, bounce rate, traffic source, etc.
Advertisement
Advertisement cookies are used to provide visitors with relevant ads and marketing campaigns. These cookies track visitors across websites and collect information to provide customized ads.
Others
Other uncategorized cookies are those that are being analyzed and have not been classified into a category as yet.
SAVE & ACCEPT